It's a bit late to post this comment, but a couple of weeks ago I went to see Rango, and I really went to the cinema that day to see if it was as good as most of the people were saying, because I really wasn't convinced by the trailers.

But man, I was blown away by this movie. So beautiful in every aspect, and very different compared to every other animated feature that I've seen. It's cinematography gave me the impression that there was a real cameraman who was filming everything. Well done to everybody involved in this ! 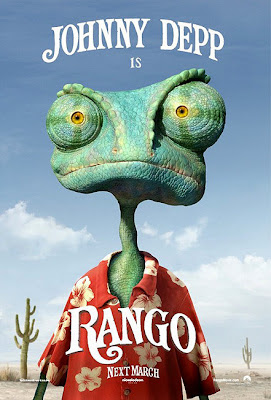 Posted by Krzysztof Boyoko at 13:20

Krzysztof Boyoko
Hey there.I'm a 3d animator working at a video game company in Cambridge called Frontier Developments. I love telling stories, animation, movies, music, and everything in between